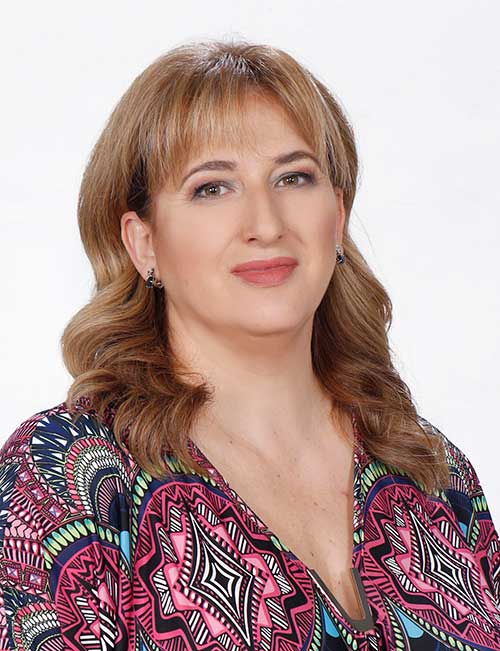 Daughter of the musician Evis Maxoutis and the ballet teacher Androulla Maxouti, born in Nicosia Cyprus. After 1989 she moved to London where she graduated from the Royal Academy of London with honors. She was awarded the “Best Student of the Year” and “Choreographer’s Award of the year” and she was trained by distinguished teachers. In addition, with graduation she was awarded with licentiate of the Royal Academy of Dance (Honors). Following, she joined as an apprenticeship with the Junior Associates of the Royal Ballet School. Furthermore, she gained the Modern licentiate in theatre faculty and Associates in National, Free style disco and Latin.

In 1993 she teaches in Italy with the National School of Contemporary dance in Rome and attends courses in Classical, Modern and Contemporary dance. In 1995 she returns to Cyprus as a freelance dance teacher, teaching both in Cyprus and abroad. In 1996 she established her own dance school The Central Dance School Elena Maxouti and at the same time she graduates with Honors BPhil in Classical and Contextual Studies from Durhan University, UK.

In 1999, along with other teachers, she founded the Lefkosia Youth Ballet, where she is a member of the Board of Directors until today and served as President of the Board for several years. In 2017, she was unanimously elected as a president as well as a member and representative of the Dance Council at the Cyprus Center of the International Theatre for 10 years, representing Cyprus at world conferences on Dance.

Member of the jury at various festivals in Cyprus and abroad and also in cooperation with the Cyprus Cultural Services (e.g. Kypria International Festival). She has attended long-term seminars in the USA, Austria, Berlin, London, Greece and Italy. She has written articles on Postmodernism and the History of Dance in Cyprus.

Since 1994, she is a member of the Pancyprian Dance Association and she has participated as a dancer and ballet mistress in various performances of the Cyprus Ballet. Choreographs performances for the dance school and for children’s theatrical plays.

In 2010 opens her second studio under the same name, The Central Dance School E.M which is now renamed Maxouti DanceArte.

Shushan is well known in Cyprus and not only, as her accomplishments and recognition travel worldwide as a dancer, instructor, choreographer and International Judge!

Her training and education are wide and still expanding!!! She has accomplished:

Shushan is also an INTERNATIONAL JUDGE of HIP HOP INTERNATIONAL, certified from Netherlands and Phoenix USA! Her judge experience though, is way bigger! She’s been a judge in various Hip-Hop competitions in Cyprus but also in Portugal, Switzerland, Romania and more countries!!!

As a competitor she stand out with her team and won various Hip Hop competitions:

She’s been trained by the best in her field, and travelled worldwide to enhance her knowledge! Some of her trainers include Shabba Doo (USA), Tony Gogo(USA), Yannins Marshal(FR), Galen Hooks(USA), Les Twins(FR), Jake Kodish(USA), Aliya Janell (USA), Phil Wright(USA), Khan(Korea), Gemini (France), Lisa(Japan) and many more famous choreographers who have been working with Beyonce, Madonna, Snoop Dog, etc!

We could talk for hours and still not manage to mention all of Shushan’s accomplishments! And wait ‘till you know her amazing personality, positive vibes and endless energy! 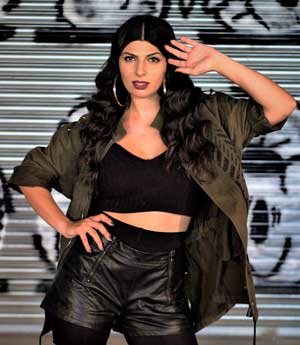 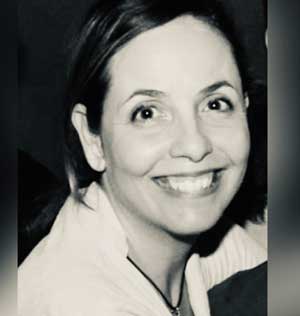 Christiana Perentou was born in Limassol and begun her ballet training at Nadia Nicolaides Academy of Dance.

She furthered her studies in dance at the State School of Dance in Athens. She has been teaching for the last 32 years as a freelance teacher in Nicosia.

She is a graduate dancer from the De Montfort University, Leicester (2018). She designed dance classes for seniors and taught in the UK in collaboration with Entwined Dance, where she created the impetus to continue designing and teaching amateur contemporary dance for children, teens and adults.

She collaborated with Lucy Suggate for the project ‘Swarm Sculptures’, Arianna Oikonomou for the projects ‘Sketching a dance: the world of Cyprus with women’ and ‘PINS-PINS: homage to Chr. Savva’, and with Maria Kamberi for the festivals‘ OMOU1’,‘ OMOU3 ’and‘ Aneradon Oneiremata’.

She also participated in an interactive event for Erasmus + and was selected for the Artists in Progress 2020 program at the Nicosia Contemporary Dance Roof. 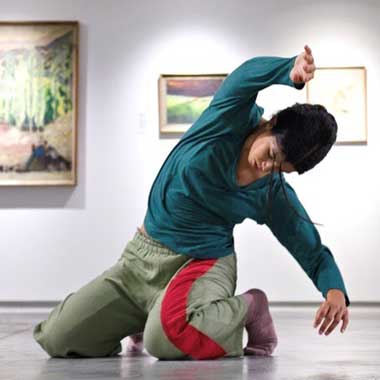 Katerina Anaxagora was born in Nicosia in 1984. At the age of 4 she started taking lessons in classical ballet and modern jazz and taking part to many performances.

Alongside with her studies in Economics and Business Management she was attending classes at the Anna Petrova Senior Professional School of Dance, in Athens.

In 2006, Katerina followed a distance learning teacher’s course with the Royal Academy of Dance and in 2008 she received the Certificate in Ballet Teaching Studies.

Since then, she is a Registered Teacher of the Royal Academy of Dance (R.A.D). In 2012, she started following another teacher’s course and in 2014 she received her Diploma in Dance Instruction and Education in Modern Theatre Dance from the Imperial Society of Teachers of Dancing (I.S.T.D). Since 2008, she is preparing students for examinations in classical ballet (R.A.D) and in Modern Theatre Dance (I.S.T.D). 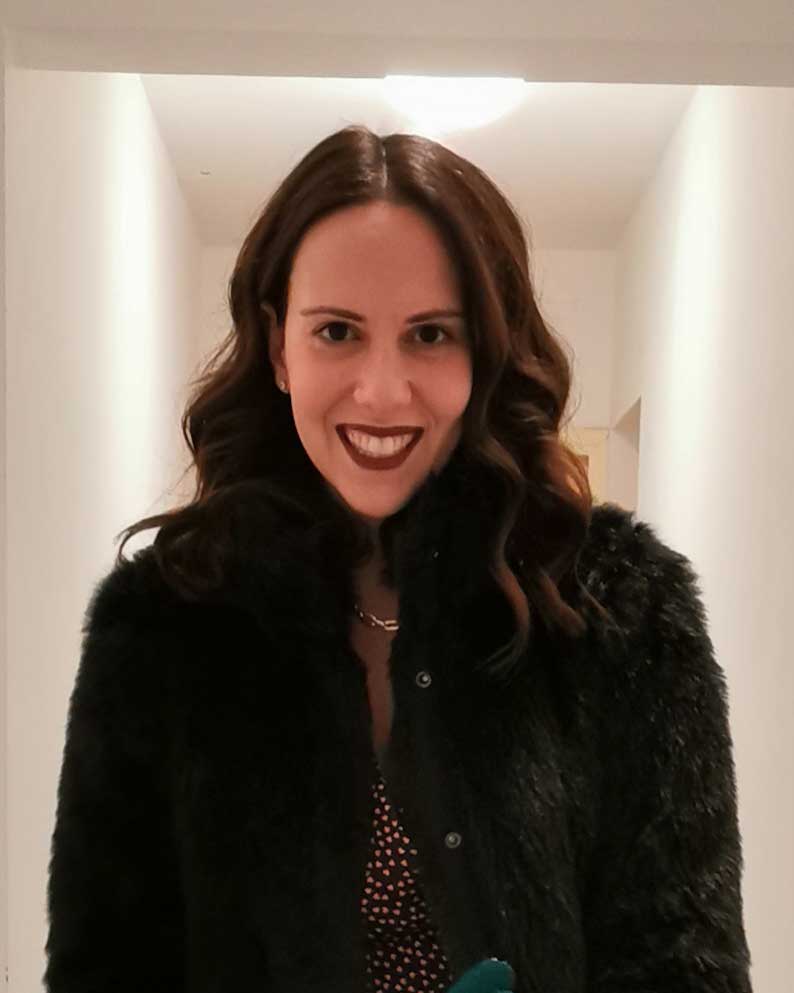 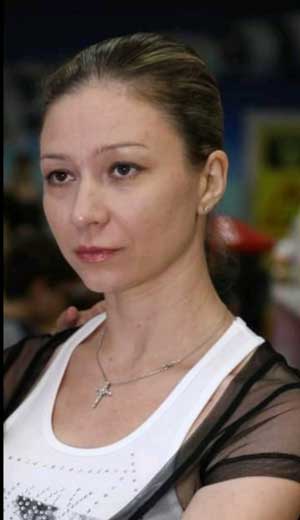 1997-2022: Coach and Choreographer of well-known Rhythmic Gymnastics clubs in Nicosia.

2019-2022: Coach of Rhythmic Gymnastics at the Ministry of Education for the athletic school of Nicosia.

1998-2022: Judging occasionally at Pancyprian competitions and school competitions organized by Cyprus Gymnastics Federation and the Ministry of education.

She graduated from the Royal Academy of Dance in London where she obtained a diploma in dance teaching.

During 1990-1991 she taught in London while attending contemporary dance and Physical education seminars.

She began teaching in Cyprus in 1992.

Between 1984-1994 she participated – as a member of the dance group – in numerous performances for the cultural association “DIASTASIS” both in Cyprus and abroad.
In 1996 she opens her own dance school and from 1996-1999 she filled the secretarial post for the Cyprus Panel of the Royal Academy of Dance, organizing dance seminars and performances.

In 2005 she continues her studies in the Pilates method in London, focusing on the correct articulation and strengthening of the body, reinforcing the ideal training especially for the developing dancers and athletes. 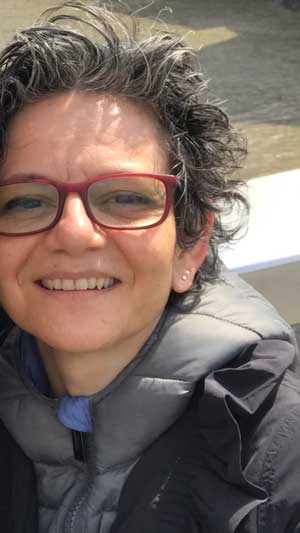 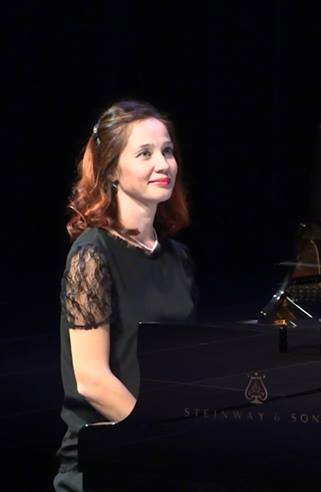 Olga Talianos was born in Russia.  She studied in the  Vaganova school’s pedagogical faculty as a pianist and she worked for several years in Vaganova ballet school (St Petersburg).

After moving to Cyprus, she continues to work with dancers as an accompanist in the department of Dance of the University of Nicosia and for the RAD exams.